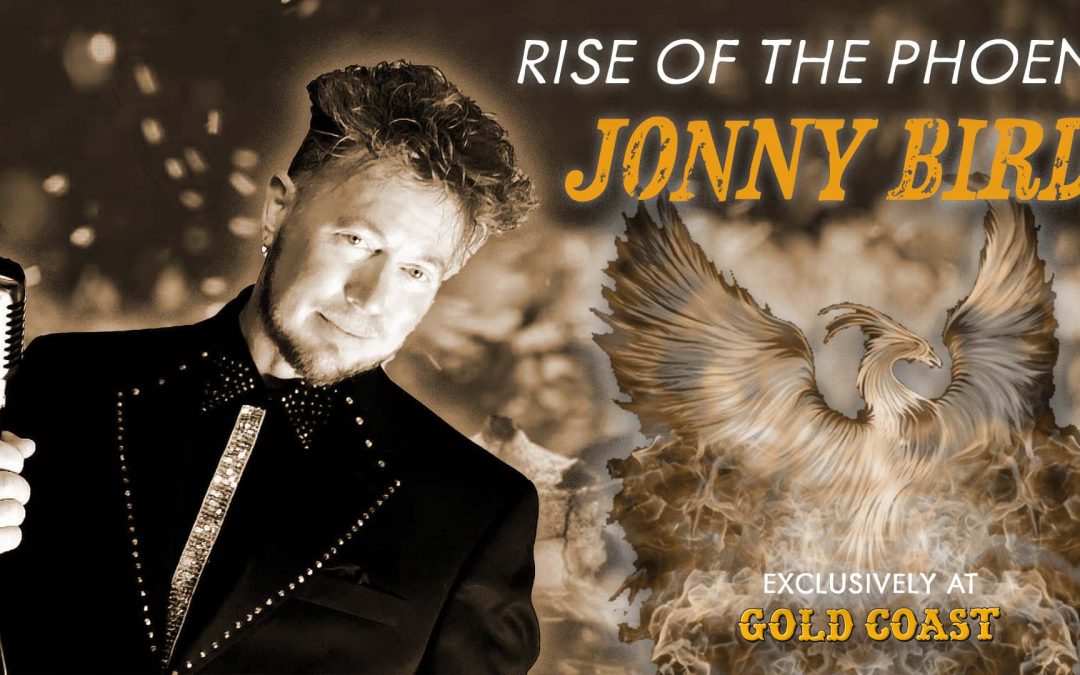 Jonny Bird’s New Vegas Live is bringing back the classic Vegas dinner show to the Gold Coast Hotel & Casino with its debut of JONNY BIRD – RISE OF THE PHOENIX.

This one of kind dinner show features a 12-member cast of singers, dancers and musicians and the “Voice of New Vegas,” Jonny Bird. From the opening moments of your experience, you’ll know this show is different!

The show itself features re-imagined versions of songs by Vegas Legends including Frank Sinatra, Dean Martin and Elvis Presley, musical impressions by vocal chameleon, Bird, and just a few original numbers sprinkled in for good measure. This unpredictable show will keep you guessing from minute to minute, and you’ll never predict what’s coming next.

Although brand new, JONNY BIRD – RISE OF THE PHOENIX will be the “must see” show of the season!